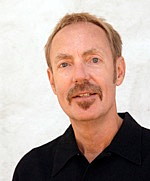 Mark Sirett (b. 1952) is a native of Kingston, Ontario and holds both masters and doctoral degrees in choral conducting and pedagogy from the University of Iowa. He has taught at the University of Alberta, Western Ontario and Queen’s. Since 1996 Dr. Sirett has been the Artistic Director of the Cantabile Choirs of Kingston, a multi-choir educational program consisting of six choirs and nearly 300 singers.  Choirs under his direction have won various provincial, national and international awards including the CBC Choral Competition.

Mark is also an award-winning composer and arranger whose works have been published in Canada, Britain, the US and Sweden. His compositions and arrangements have been performed and recorded by some of Canada’s leading choirs and heard on CBC, NPR and in Europe. Dr. Sirett has won two international awards in conducting:   the International Jury Award for Imaginative Programming and Artistry at the 2002 Cork International Choral Festival, Ireland and Outstanding Conductor at the Young Prague Festival in 2004. He is frequently in demand as a guest conductor, clinician and adjudicator. He is a recent recipient of the President’s Leadership Award from Choirs Ontario and Outstanding Choral Composition 2010 from the Association of Canadian Choral Communities.

For further information on his music see www.marksirett.ca

This song may have appeared as early as 1604, when the first French settlement was established in Quebec. A clear fountaine, a rose, and heart-break. Children sing this folk-song and adults relate to the deeper meanings.
instrumental parts: free upon request

SSA    with piano    –    CP 1382
The Cliffs of Dooneen is a popular and haunting Irish folk song that extols the rugged beauty of the Atlantic coast. The final verse expresses longing for the homeland–a sentiment shared by many Irish immigrants during the nineteenth century when they were forced to leave for North America because of the Great Famine. This arrangement was written for Sister Rita Clare and the Cape Breton Chorale for the Celtic Colours Festival in 2008.  The SSA version is dedicated to Ann McIntyre, Conductor of the Edmonton Children’s Choir.

SSA    with piano    –    CP 1335
Mark is a master of writing approachable choral music. After all, he directs his own choirs every week and adjudicates choral festivals all over the country. So his voice leading is intuitive, making the learning process a breeze for the director and a joy for the singers. This is another of his charming folksong arrangements.

TTBB    with piano    –    CP 1790
Many singers and audience members will remember this delightful folk song by Lightfoot.  “Wheels of love go ’round!” Dr. Sirett has created an approachable type of “round” with his skillful writing. Great fun!

Peace demands more than our self-serving schemes,
She seeks our resolve – she seeks our best.
May we never lose our faith in peace.
Lester B. Pearson (Canadian Prime Minister)

The Scottish folk song gives an account from the Jacobite viewpoint of the Battle of Prestonpans. In the battle, which took place during the Second Jacobite uprising, Sir John Copewas the commander of the government troops, and was defeated in a dawn attack by the Jacobites.

The song includes several apocryphal incidents, including challenges conveyed by letters between Cope and his rival Bonnie Prince Charlie, as well as accurate accounts of Cope’s cowardice. It also includes an account of him fleeing from the battle all the way back to Berwick, being the messenger of his own defeat, which is also true . The battle was a decisive victory for the Jacobites.

A highland Laird courts Leezie Lindsay in Edinburgh, sometimes after his mother had warned him not to hide his highland origins. Her family warns him off, but her maid encourages her. She finds the highlands hard, but finally he brings her to his family, where he is a lord, and makes her the lady of a great castle.

by  Susan Crowe and Raylene Rankin, arranged by Mark Sirett

SATB with piano and violin or flute    –    CP 1610
violin part available upon request (no charge)
Little sparrow, still you fly
Still you gaze into the sky
Are you longing, do you yearn
For a tall tree to return?