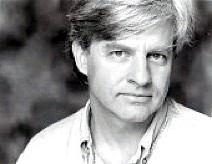 Ed Henderson (b. 1952) has years of experience and success in film, theater, concerts and recording as producer, arranger/orchestrator, composer, guitarist and music director – scores for The Stratford Festival, Arts Club, CTV, CBC, Vision… and has received many awards: a Juno for El Camino Real (Ancient Cultures), a Jessie for outstanding musical direction of “When the Rains Come,” a Dora for outstanding music direction for Pump Boys and Dinettes as well as an award from the Cannes Festival for outstanding commercial score, “Stamp Out Cold Feet”.  Ed has released three CDs of his solo guitar compositions Intimate, Guitar wall and Winter Child all of which are released on Centrediscs and distributed by NAXOS.  Commissions have come from for the Vancouver Chamber Choir, musica intima, Elektra Women’s Choir, Laudate, VICO and the Jubilate Vocal Ensemble, among others.

Deck the Hall - Joy to the World

One of the most popular and happy French traditional Christmas Carols, this arrangement emphasizes the intimate character of the stable scene, with a few unexpected bridges between the verses.

A beautiful addition to the Henderson Christmas set – let the choir take a short break while they listen to the soloist.
Instrumental parts: (optional and not available through retailers) – $20 (full set sent via PDF files): vln1, vln2, viola, cello, bass, guitar

SSAA   classical guitar, piano and double bass –  –    CP 1287B (for the director)
This exquisite composition for women was commissioned by the very fine Elektra Women’s Choir (heard on the recording) Luci Shaw wrote the poem.   “We have been having epiphanies, like suns,all this year long.And now, at its close,when the planets are shining through frost, radiance runs like music in the bones,and the heart keeps rising at the sound of any song.”
Instrumental parts: (classical guitar, piano and double bass – not available through retailers) – $10 (sent via PDF files):