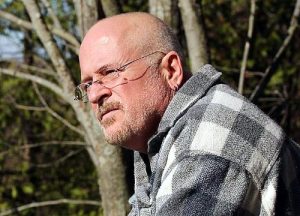 Hailing from the frozen northern town of Timmins, Ontario, Canada, precocious nine-year-old Pierre Massie – B.Mus./B.Ed.  won First Place in the local Kiwanis music festival in the vocal category. Starting University at 17, in 1980 he graduated with a from U. of Ottawa, majoring in voice, and a Grade 6 Conservatory on all brass, woodwind, percussion, and string instruments.

In 1977, while a student, Pierre founded The Stairwell Carollers. In his own words, he has had the honour and privilege of directing the a cappella choir ever since – unique in that Pierre directs the group from within the tenor section.

Several music composition awards are to his credit: First Place in The Toronto Amadeus Choir International Christmas Song Competition for his original composition “I Saw a Swete Semly Syght” in 1999 and in 2007 for “Eya, eya, gaudeamus”.

In 1987, Pierre started teaching for the Ottawa/Carleton School Board; first as lead music teacher at Osgoode Township High School in Metcalfe, and later in 2000 as Head of Fine Arts at Glebe Collegiate High School in Ottawa. He retired from teaching in 2014 and enjoys his time directing  the Stairwell Carollers, composing/arranging music and cycling.

Often, Pierre is taken by the composition muse and disappears to the back porch for hours at a time. Inspiration can be a storm, a mourning dove, or just the sound of the wind in the trees.

“Eya eya gaudeamus”  took first place in the 2007 Amadeus Choir International Songwriting Competition.  The song was premiered by the Amadeus Choir under the direction of Lydia Adams in the fall of 2007.  Each line speaks of the joy and festive nature of the Christmas season, the Christ child, the virgin mother and how nature rejoices.  The song can be sung at any time of the year as well.

“Mourning Dove”  is inspired by the cooing of doves in my back yard.  As I sat by the pond listening to the waterfall, a couple landed nearby and started singing.  Their mournful melody is the main theme of the piece, which i wrote soon after my pet bird passed; she was a quaker.  The song conveys the chilling conditions of the birth of the child in the manger.  Still, in the end, the joy of the birth is expressed when the piece switches to major.

“The Stairwell Carol”  was written to commemorate my choir’s 30th anniversary singing in the Ottawa / Gatineau community.  I wrote this lullaby as a tribute to the Stairwell Carollers for their many years of spreading  music  everywhere while raising funds to help local charities continue with their fine community work.  The carol is in both French and English.  Think of it as a cradle rocking a child while mother sings a sweet lullaby.  I’m extremely proud to say that for the last 5 years, “The Stairwell Carol” has been performed on Canada’s Peace Tower carillon by Dr. Andrea McCrady, our Dominion Carilloneur.