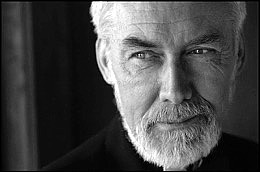 Born in 1943 in Ventspils, Latvia, Imant Raminsh came to Canada in 1948. After completing an ARCT diploma in violin at the Royal Conservatory of Toronto and a Bachelor of Music programme at the University of Toronto, he spent two years at the Akademie “Mozarteum” in Salzburg, Austria, studying composition, fugue, violin and conducting, and playing in the professional Camerata Academica orchestra. He is a two-time winner of the biennial Canadian National Choral Awards in the category of “Outstanding Choral Work”, first in 1990 for his Magnificat and again in 1994 for his Veni Sancte Spiritus. His music has been heard on 6 continents, and performed in such renowned halls as Carnegie Hall and Notre Dame.  In 2007, Imant was made an Officer in the Order of the Three Stars of the Republic of Latvia. In 2018 Imant was awarded the Order of Canada. He is the founding conductor of the Prince George Symphony, the Youth Symphony of the Okanagan, NOVA Children’s Choir, and Aura Chamber Choir. For many summers, he was employed as a seasonal park naturalist/interpreter in the parks of British Columbia.  His love of the natural world informs many of his compositions. Imant is married to poet and frequent artistic collaborator, Becky Strube, and they have one lovely, bright, talented daughter, Lisa Alexandra Soleil.  Photo by Daniel Hayduk

Come, my Light, and illumine my darkness.
Come, my Life, and revive me from death.
Come, my Physician, and heal my wounds.
Come, Flame of divine love, and burn up the thorns of my sins,
kindling my heart with the flame of your love.
Come, my King, sit upon the throne of my heart and reign there,
for you alone are my King and my Lord.
Amen

Lo, how a Rose e’er blooming
From tender stem hath sprung!
Of Jesse’s lineage coming
As men of old have sung

It came, a flow’ret bright,
Amid the cold of winter
When half spent was the night.
LOOK & LISTEN

O come, little children, O come one and all,
To Bethlehem haste, to the manger so small,
God’s son for a gift has been sent you this night
To be your redeemer, your joy and delight.

Silent Night is right up there with Amazing Grace as the most recognizable music in the world. Imant gives the timeless classic a stunningly beautiful rendition.

The Vancouver Chamber Choir premiered this buoyant jubilant composition. The triple meter waltz tempo captures the spirit of the season perfectly. Imitative entries and the sound of church bells make this song ring!

Song: I think over again

SSAATTBB – a cappella    –    CP 2012  – duration 5:10
An Inuit poem – simple and profound. Written for accomplished choirs, this music will inspire – first the singers and then the audience.

SSAATTBB – a cappella – CP 1925  – duration 12:30
The Latvian Radio Choir is one of the finest choral ensembles in the world.  Listen to the recording of Imant’s masterpiece.
“Stabat Mater occupies a very special place in my lifetime of musical memories. I am sure that many people have particular associations of certain creations with a time and a place and a stage in their lives. In the case of the Stabat Mater, it was written in the summer of 1979 when I was stationed as a back-country ranger at Berg Lake in spectacular Mount Robson Provincial Park and various ideas worked out in my daily patrols on foot.”

SATB with piano – CP 1997  – duration 11:15
This set of three carols will enchant any audience. Please refer to the descriptions above.