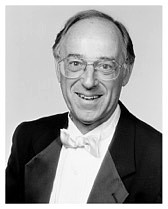 Albert Greer (b. 1937) is known as a tenor soloist, conductor, educator and choral composer/arranger. As a singer, he has been acclaimed particularly for the roles of Evangelist in the Saint Matthew and Saint John Passions of J.S. Bach. In a parallel career, Mr. Greer was Conductor of the Ontario Youth Choir (1974), The Couchiching Young Singers (1990 – 1996), and The Cellar Singers (1977 – 2012).  He was Organist and Director of Music at St. James’ Anglican Church in Orillia, Ontario, for which he has composed several anthems and many hymn descants. Mr. Greer taught in secondary schools for 18 years, and for 24 years as vocal and choral instructor at York University.  In 2002 Choirs Ontario awarded Mr. Greer the President’s Leadership Award for his years of choral leadership in Ontario. In 2013 he was appointed Member of the Order of Canada, and received the Queen Elizabeth Diamond Jubilee Medal.

In the Bleak Midwinter

The poem by Christina Rossetti is a Christmas classic and Albert’s fetching melody is a great match.  Listen to the wonderful recording.  The trumpet part is also available for flute, clarinet, violin or cello.

They Shall Grow Not Old

SATB a cappella    –   CP 1413   – 2:20
The famous poem by Laurence Binyon is given a heartfelt and convincing setting by Albert.  The music is intuitive and really approachable for choirs of all levels.