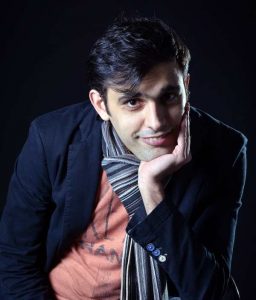 Vahram Sarkissian is best known for his choral and chamber works that have been widely performed throughout Europe, Asia, and North America. His style represents a palette of multicultural creative initiatives influenced by numerous traditions and practices spanning from V century Armenian medieval chant to previously unreported endogenous vocal extended techniques.

SATB a cappella – CP 1755 – duration 3:45
Canadian Streams is the composer’s first piece based on Canadian poetry, a poem written by the father of Canadian poetry, Charles G. D. Roberts. The creation of the piece was inspired by an important milestone – the 150th anniversary of the Canadian Confederation. The text, as well as the music, portray the countless spectacular Canadian rivers that were the “witnesses” and “storytellers” of the beautiful, and welcoming country’s history.