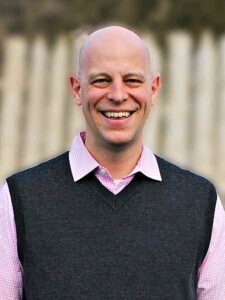 A refined sense of architecture and tonal play are characteristic of Stephen Eisenhauer’s choral works.  A native of Ottawa, where he is currently based, Eisenhauer is a composer, guitarist, pianist, singer, and songwriter – wide-ranging talents that are revealed in his compositional voice.  Eisenhauer feels that his forte has been writing music for choirs and string quartets, although works for solo piano, voice, horn, and viola also rank high in his total oeuvre.

Stephen Eisenhauer’s early training in music included studies in piano, cello, voice, and organ; his choral experience began as a choirboy at Christ Church Cathedral in Ottawa.  He went on to complete an undergraduate degree in vocal performance (BMus, 1998) and a graduate degree in music theory (MA, 2002), both at McGill University in Montréal. While in Québec, he taught music at Collège Prep International, Trafalgar School for Girls, Vanier College as well as McGill University for several years before moving back to Ontario in 2005.  Eisenhauer also completed his Bachelor of Education (2005) at the University of Ottawa. Stephen has been a grade 7 & 8, and kindergarten music teacher with the Ottawa Carleton District School Board since 2006.

Lord Have Mercy. Stephen’s Kyrie uses long lines with suspension and release moments to create a wonderful pleading in the choral sound. “To You I Lift My Voice” would make a fitting introit.  Related in theme as earnest prayers, they can be sung one after the other – or separately. Each piece is approachable and very practical.  Choirs will love them.