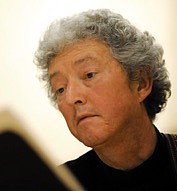 Nova Scotian composer, guitarist, teacher Scott Macmillan is a musical treasure, that has played a significant role expanding audiences for Atlantic Canadian music nationally and internationally for over 40 years.  In 2014 Macmillan received Nova Scotia’s top Artist Prize, the ‘Portia White Prize’.  His passion for creating music has inspired exploration into genres from rock to blues, classical to choral, Celtic to jazz, as well as modern and avant-garde.  Acknowledged by Rita MacNeil as integral to her success, Scott has played an equally pivotal role in the rise of the Rankin Family Band, Symphony Nova Scotia’s Maritime Pops programming and the Nova Scotia Mass Choir.  His his much loved collaboration with Jennyfer Brickenden and ode to our world’s oceans “Celtic Mass for the Sea” has taken him to Carnegie Hall, twice, in New York, to the British Isles, Germany and beyond. Visit scott-macmillan.ca

If I Were a Blackbird

A beautiful folksong melody collected by Dr. Helen Creighton in Lunenberg County, Nova Scotia.  It is in 3/4 time telling the story of a sailor, his maiden, and the pain of separation.

James MacPherson was an outlaw in the north of Scotland, 300 years ago; popular with the poor people and the nemesis of Lord Duff -the Laird of Braco. Legend has it that he composed this tune the night before he was hanged and played it with his fiddle on the scaffold. Then he smashed the instrument before “dancing a loft”.

Another classic folk song from the east coast – sung from the perspective of a lumberjack who was crushed by a falling tree. Scott presents the story with compelling a cappella writing.

This beloved folksong made its way from Ireland to Newfoundland centuries ago. Scott gives it a lilting flavor with a beautiful chord progression.