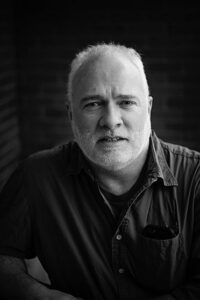 Robin King is a graduate of the University of Toronto (1985) where he studied organ and church music on a scholarship from the Bishop F.H. Wilkinson Foundation.  His teachers there included John Tuttle, William Wright, Godfrey Ridout and Talvaldis Kenins.  A recipient of the Lillian Forsythe Scholarship in 1985, he continued to study organ and composition with Barrie Cabena.  After a lengthy career as an organist, choral conductor and composer, he attended St. Andrew’s College, Saskatoon, receiving an MDiv in 2008, and was ordained in the United Church of Canada in 2010.  He is currently serving Rising Spirit Ministry, the partnership of Bashaw and Ponoka United Churches in central Alberta.

SATB a cappella – KH 098 – duration 1:55
There is no rose of such virtue
As is the rose that bare Jesu
Alleluia
For in this rose contained was
Heaven and earth in little space
Res miranda