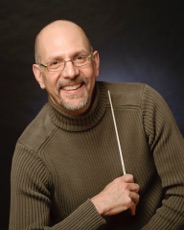 Robert Ingari is a full professor at Université de Sherbrooke, where is the director of the masters in choral conducting program and the École d’été de chant choral whose 2013 edition won the institutional award Grande distinction en enseignement universitaire. As a composer, his works have been performed by university, amateur and professional choirs in Canada, the United States and Europe. In 2014, his cantata Psalm 23 had its European premiere at the Conservatoire national supérieur de musique de Paris. And in 2015, he conducted the world premiere in Paris of his choral work Vient le jour on a poem by Hélène Dorion with the professional ensemble Sequenza 9.3 and the cellist Henri Demarquette at the Cathédrale Saint-Louis des Invalides. Robert Ingari is also the founding director of the Choeur de chambre du Québec, a 16-voice a cappella chamber choir devoted to premiering new French-language choral works. In May 2018, he won the Prix de la recherche et de la création à l’Université de Sherbrooke for Vient le jour. Since 2015, he has participated in annual week-long intensives in Paris with the French composer Philippe Hersant. He has also given conducting masterclasses at the Conservatoire national supérieur musique et danse de Lyon and has conducted workshops on his works in Paris and Reims, France. In October 2019, the Children’s choir of the Maîtrise de Notre-Dame-de-Paris invited Mr. Ingari to compose two works for children’s choir, cello and organ whose world premier will take place in Paris on June 1, 2021 under his direction. His Trois méditations pour violoncelle seul will be premiered as part of that concert performed by the cellist Marc-Didier Thirault, of Reims, France. In February 2019, he received the Ordre du mérite choral from the Alliance chorale du Québec for his exceptional service to the Quebec choral community. And in 2013, Robert Ingari was named Mérite estrien by La Tribune of Sherbrooke and Radio-Canada for his personal and professional achievements.

SATB  a cappella – CP 1189   – duration 2:00
Chanson d’automne is the beautiful sister piece to “Soleils couchants” .  Robert has given evocative impressionistic settings to the Paul Verlaine poetry.  The Vancouver Chamber Choir toured with these two pieces in 2012.

SATB  a cappella – CP 1168   – duration 2:00
SSAA  a cappella – CP 1588
Soleils couchants is a four-part a cappella setting of one of Paul Verlaine’s most famous poems from the collection Poèmes saturiens published in 1866. In his setting of this poem, Robert Ingari uses a simple form where the alto melody accompanied by a vocal ostinato in the soprano, tenor and bass alternates with a four-part section where the melody is taken by the sopranos. The rhythmic repetition of the ostinatocreates a background for the melancholic melody of the altos.

SATB  with piano or organ – CP 1249   – duration 4:40
SATB  with strings – CP 1751
This is a lovely setting of the timeless text “Grant Us Peace”. Choirs from High School to University will appreciate the long intuitive vocal lines.

SATB  and soloists and strings – CP 1323  – duration 7:30
The timeless text of comfort and assurance is given exquisite craft and artistry in a tonal language both intuitive and contemporary. This Cantata is in 5 movements for SATB chorus, soprano and tenor soloists and string orchestra. Listen to this very fine recording. Duration = 24 minutes.

SATB  a cappella and cello – CP 1414  – duration 4:15
This is some of Robert’s finest handiwork. Please give a listen.
Cello part free upon request