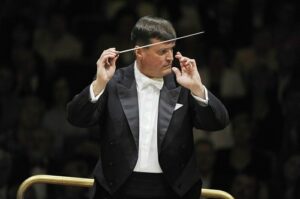 An accomplished musician, Robert Crowder was the co-founder and Artistic Director/Conductor of the Colorado Springs Children’s Chorale. He holds a Master of Music degree from Arizona State University where he studied with Douglas R. McEwan. Mr. Crowder’s choirs have won numerous accolades while appearing in concert with major orchestras in the U.S.A. and while touring internationally. An outstanding jazz pianist, he also served as the vocal music director of Palmer High School in Colorado Springs where he directed four choirs.

i am a little church

This stunning composition is written for accomplished singers.

i am a little church (no great cathedral)

– i do not worry if briefer days grow briefest,
i am not sorry when sun and rain make april

my life is the life of the reaper and the sower;
my prayers are prayers of earth’s own clumsily striving

(finding and losing and laughing and crying)

around me surges a miracle of unceasing
birth and glory and death and resurrection:
over my sleeping self float flaming symbols
of hope, and i wake to a perfect patience of mountains

– i do not worry if longer nights grow longest;
i am not sorry when silence becomes singing

winter by spring, i lift my diminutive spire to
merciful Him Whose only now is forever:
standing erect in the deathless truth of His presence

(welcoming humbly His light and proudly His darkness)
LOOK & LISTEN