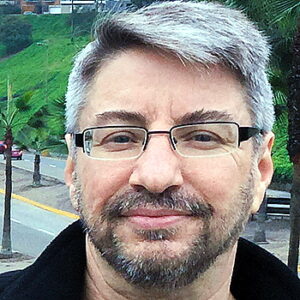 Peter Nikiforuk holds a Bachelor of Music (BMus) from the University of Toronto, as well as a Master of Music (MM), Master of Musical Arts (MMA) and Doctor of Musical Arts (DMA) from Yale University. He is active as a piano teacher, workshop clinician and editor and examiner for the Royal Conservatory of Music (RCM) and the Royal Canadian College of Organists. He is also a member of the Royal Canadian College of Organists, the American Guild of Organists and The Hymn Society of the United States and Canada. Active as both an organist and choral conductor, he conducted Menno Singers in Kitchener-Waterloo for 19 seasons from 1998-2017. Peter was co-owner and editor of Kelman Hall Publishing for over 20 years. He has been the director of music at St. Peter’s Lutheran Church in Kitchener since 1989.

SATB with piano – KH 085 – duration 3:15
This canon is approachable in sweet-spot registers, fun to sing and very meaningful with a positive and encouraging message.
Jesus came that all men might
perfect be in God’s own sight.
Healer, preacher, teacher
He bought us for eternity.

Rejoice in the Lord

SATB with organ or piano – KH 088 – duration 1:55
Psalm 33 has been set to music by many fine composers and this one rises above. It is both a fanfare and a meditation – perfect as an introit or a benediction.