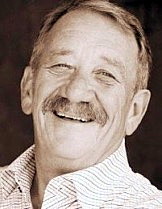 Miles Ramsay was born in Takoma Park, Maryland, (1941) a suburb of Washington D.C. During the exuberance of the post-war era in America, his family moved to California in search of the usual promise: a house for every family, two cars in the garage, a swimming pool in the backyard and a color TV in the family room. It didn’t quite work out that way, but that’s another story.

Miles attended Cal State University and UCLA, majoring in music with a minor in English. During his fourth year of university, it finally dawned on Miles that he was being groomed for a career as a music teacher. Naturally, he bolted. Miles spent the next three years criss-crossing the United States as the lead singer and drummer in a lounge band – you know – the kind we make fun of today. At the time it all seemed pretty cool, singing in the same Vegas lounges that were home to the likes of Mel Torme and Don Rickles. Ultimately it all got kind of old though, and Miles finally  settled in Vancouver, where he has resided ever since.

Miles formed a partnership with Brian Gibson and Brian Griffiths in the mid-sixties and the three produced more than four thousand jingles, TV themes, movie scores and event themes for their worldwide clientele during the four decades of their partnership. Along the way they built Vancouver’s legendary Little Mountain Sound Company recording studios. Probably Miles’ most famous composition is the Great Root Bear theme for A&W, which has been played by every high school tuba player since 1973.

Miles has been a choral singer virtually all his life, lending his vocal talents to The Roger Wagner Chorale, The Little Mountain Singers, Phoenix Chamber Choir, Chor Leoni Men’s Choir and others. His love of choral music doesn’t stop there – he has arranged many classics for choirs literally all over the world.

In 2003 Miles retired from Griffiths Gibson & Ramsay Productions, hopped on the 200- foot tall ship Picton Castle, and sailed around the world. The voyage took a year, and Miles describes it as the adventure of a lifetime. Upon his return he threw himself back into choral music and has completed several choral arrangements, and two additional European tours with Phoenix Chamber Choir to date. In 2009 he retired from active choral singing before they all threw him out for being a geezer.

Miles now resides in Madeira Park, B. C. with his wife Corlynn Hanney and their Nova Scotia Ducktollimg retriever, Phoebe. (Look it up – that’s really what they’re called). He enjoys his boat, woodworking, the fact that his son has become an authentic rock star, and of course his four daughters, and many grandchildren. Not necessarily in that order.

A collection of six pieces in the style of Alfred Burt and Gene Peurling.  Warm, lush, jazzy arrangements that will challenge any choir to achieve beautiful unaccompanied singing – so appropriate for Christmas!
1) Away in a Manger
2) Deck the Halls
3) It Came Upon a Midnight Clear
4) O Little Town of Bethlehem
5) Silent Night
6) It Came Upon a Midnight Clear.
Miles arranged these carols for his family – and they recorded them as Christmas cards for their friends.  Give a listen.  You won’t believe the quality of their singing!
These pieces can also be ordered separately. (see below).

Away in a Manger

Part of the  “A Cappella Christmas Cards” collection. Miles combines both melodies of the classic carol.

Part of the  “A Cappella Christmas Cards” collection. A fun jazzy up tempo version with counterpoint sections, metrical invention and a poignant mood change for the last verse: the perfect addition to any Christmas concert.

It Came Upon a Midnight Clear

Part of the  “A Cappella Christmas Cards” collection.

A classic folk song in a mournful, authentic arrangement. You can see the cowboys around the fire and if you listen hard enough, you can hear coyotes in the distance. This is a Canadian folk song about the River River Valley in Manitoba.

TTBB    –    CP 1059
Part of the  “A Cappella Christmas Cards” collection. Smooth, soft, lush, jazzy chords create the perfect mood. This piece is straightforward and suitable for any Christmas concert.

TTBB with piano    –    CP 1027   – 3:55
A lovely arrangement of this famous folk song, which, like all of Miles’ arrangements, is slightly jazzy, but never schmaltzy. It maintains the intrinsic beauty of the tune, and the wistfulness of the sentiment.

What Child is This?

Part of the  “A Cappella Christmas Cards” collection.