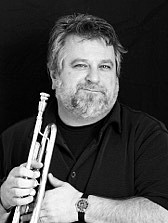 Michael Snelgrove (b. 1962) lives in Grand Falls – Windsor, NL. He was born in Botwood, NL in 1962. Michael has been an Associate Composer of the Canadian Music Centre since 2004. He holds a Master’s Degree in Conducting, a Bachelor’s Degree in Theory and Composition and a Bachelor’s in Music Education from Memorial University of Newfoundland. He composed music for Memorial’s Anniversary of Anniversaries. He has composed works for the ISME conference in Edmonton, for the Association for Music in International Schools (AMIS) in Waterloo, Luxembourg and Dusseldorf. He won the Hannaford Street Silver Band’s Making Overtures con in 2008. He was asked to write music for Festival 500 and Soiree ’99. He is in demand writing for many groups in Eastern Canada such as Lady Cove, QVE and Cantus Vocum. He is a regular on CBC Radio. Michael has just retired (2016) from teaching, spending 30 years in rural NL as a music specialist.

SATB with piano    –    CP 1536
Known the world over, this folksong is all about fun.  Perhaps not so fun for the bird being threatened to have feathers plucked from multiple parts of the anatomy!

SSA with piano    –    CP 1533
This piece is a real barn burning showstopper for a skilled pianist and a choir that that loves adrenaline pumping music. This Canadian folksong has been around for generations and Michael takes it to a new level of energy and FUN. The text is repetitive and easy for any choir to catch on to.

SATB with piano    –    CP 1540
Another up tempo and great fun Canadian folk song! “But a squid in the boat squirted right down his throat and he’s swearin’ like mad on the squid jiggin’ ground.”