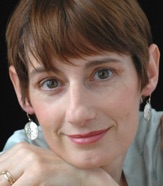 Mary Knickle (b. 1960) thought everyone heard orchestrations in their head or dissected music by instrument.   She didn’t realize she was a composer of large works until later in life.

Mary studied music at Acadia University including 4 years of counterpoint.  After graduating she studied acting, singing and dancing at the Banff School of Fine Arts and then in New York City for two years ay the American Musical Dramatic Academy.   She performed plays, musicals and operas and then began writing songs.   She continued studies in songwriting, poetry and 2 years of creative writing and later in composition.   She wrote vocal and instrumental arrangements for different celtic bands.   She collaborated in musicals and collective creations.  She released 3 albums, the second recorded by CBC.  She has received honours and semi-finalist in two prestigious song-writing cons out of the UK and her la album Weave received national recognition. Mary combined all of her experiences and focussed this energy into creating larger works.

Hailed as a “talented composer” by Opera Canada Magazine,  her opera Morgan le Fay received a rave review.  Miryam, a musical drama for voices and string quartet, uses Sephardic influences and her Seafarers’ Requiem for SATB Chorus and soloists received high acclaim and national recognition on CBC radio.  She is currently completing a large choral piece on the Halifax Explosion and an Opera based on the novel by Sheldon Currie “The Cape Breton’s Miner’s Museum”.   Mary was recently accepted as Associate Composer with the Canadian Music Centre.

SSA  a cappella – CP 1214 – duration 3:10
Folksong, triple meter, minor key – a sad song – the perfect concert mood changer. A fisherman’s wife has a dream – an omen – about her husband in bad weather. “Tarry, tarry, wait for me – don’t go out on that stormy sea”.