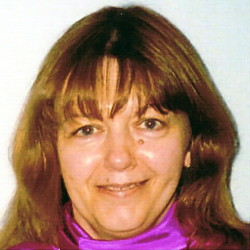 Judith Watson (b. 1959), is a freelance voice tutor, choir conductor and choral arranger, based in County Antrim, Northern Ireland. She has written extensively for her award-winning Loughside Chamber Choir, which has twice reached the final of the prestigious United Kingdom Choir of the Year Competition. She also directs Loughside’s training choir, Kaleidoscope, and a concert choir, Una Voce.

She has a private teaching practice at her Newtownabbey Home, six miles north of Belfast, and also tutors at educational establishments in Belfast and Portadown, County Armagh. Her work includes vocal coaching for other choirs and choral workshops for church, school and community organisations.

Judith’s arrangements for treble voices, mainly of traditional Irish folksongs, spirituals and popular music, are widely performed throughout the United Kingdom. Her work is published on both sides of the Atlantic.

A fine arrangement of this little-known Irish folksong about the woes of a young couple and the girl’s ideas of how to overcome their problems.