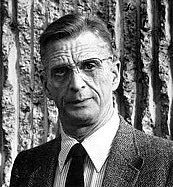 James Schell, (1933 – 2006), was born in the U.S.A. He earned a B. Mus. from North Texas State University and a M.Mus from Yale University. Early in his musical career James was First horn and Associate Conductor of the U.S. Fourth Army Band and Orchestra, Conductor of opera and choirs at North Texas State University and was a member of the French horn sections of the Dallas Symphony Orchestra, Dallas Civic Opera, New Haven Symphony, New Haven Opera, New Haven Wind Quintet, Schubert Theatre Orchestra and Litchfield Festival Orchestra.

In 1964 James Schell was appointed to the UBC Faculty of Arts as an instructor of Music Theory in the Department of Music, retiring in 1999. Professor Schell was an animated and gifted teacher of theory giving concepts meaning and bringing masterpieces to life for students in his classes with his style of analyzing works. In addition to teaching theory, he served music by conducting several ensembles such as the Wind Symphony, UBC Symphony Orchestra, University Singers and UBC Choral Union and was Chorus-master for several UBC Opera productions including Mozart’s Cosi Fan Tutte; Vaughn-Williams Riders to the Sea and Sondheim’s SweeneyTodd.

The University Singers and UBC Choral Union are the two ensembles that he was most involved with as Director. He conducted Choral Union for over twenty years, took the University Singers on a number of successful tours around the province and made two recordings(released in 1978 & 1981 respectively). James Schell also composed works for choir, string orchestra, and chamber music. As a conductor he is credited with giving the Vancouver premier performances of Mozart’s Grand Mass in C Minor (1967), Carl Orff’s Carmina Burana (1970) and the world premiers of works by eminent Canadian composers including Jean Coulthard, Peter Bjerring, and Stephen Chatman.

This is a clever, rhythmically vital, and celebratory piece. It is well written for voices and is a joy to sing.