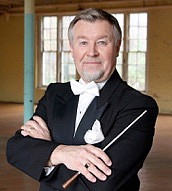 Dr. Harris Loewen (b. 1953 – BMus, UBC; DMA, U. Iowa), originally from Vancouver, is a former choral conductor, clinician and singer, who remains active as an arranger and composer. He was Associate Professor of Music at Brock University from 1987 to 2018. During his career, he performed as a chorister, baritone soloist and/or conductor with professional and amateur choirs in Canada, the U.S. and Europe, and also served as a pop and jazz vocalist in various settings.  Dr. Loewen is the founder of both the Niagara Vocal Ensemble and Avanti Chamber Singers (Ensemble-in-Residence at Brock University), as well as former conductor of the Brock University men’s, women’s and mixed choruses.  With these choral ensembles he has released five recordings in the Voices of Niagara CD Series, featuring the works of Niagara composers, including some of his own pieces.

by Penny Blake and Harris Loewen

Don’t You Hear the Song?

Holy, Holy is the Lord

SSA with organ or piano    –    CP 1554   – 2:55
SB (two part) with organ or piano    –    CP 1555
This setting of the text from Revelations can be used as an anthem, processional, or concert piece.  The stately work begins with an arpeggio melody in a 2-part canon, supported by an ostinato keyboard part.  The middle section introduces a unison melody that expands briefly to four parts before returning to the opening melody, now set in a 3-part canon.

Singing, God Gives Me a Melody

Singing, Life Gives Me a Melody

SATB with piano    –    CP 1573   – 3:15
The act of singing is a wonderful way to lift the human spirit and promote loving interactions with the world.  This composition celebrates the joy of living.