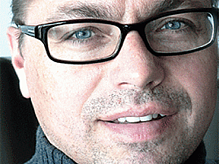 Dr. Graeme Langager is Director of Choral Activities at the UBC School of Music. He has held similar positions at the University of Arkansas and at Cuesta College in California. A native of Lethbridge, Alberta, Dr. Langager received the Doctor of Musical Arts Degree in Choral Conducting from the University of Cincinnati College-Conservatory of Music, and the Master of Music Degree in Choral Conducting from California State University, Long Beach. He studied conducting under Earl Rivers, Stephen Coker, Lynn Bielefelt, and Marc Hafso, and received additional training from Helmut Rilling, Anton Armstrong, Thomas Davies, John Alexander, and Robert Page.

Dr. Langager has taught across the United States – in California, Ohio, North Carolina and Arkansas – at the high school, college, and university levels. He is sought after as a clinician and guest conductor, and is an active composer and arranger. Dr. Langager has served on the national board of the National Collegiate Choral Organization, and on the boards of the Arkansas and California Chapters of the American Choral Directors Association. Dr. Langager’s choirs have been invited to perform at ACDA, MENC, All-State, and IAJE conferences. His choirs have performed throughout Europe and the United States including such prestigious venues as St. Peter’s Basilica in Rome, Stefansdom in Vienna, Notre Dame in Paris, St. Nicholas in Prague, and St. Stephen’s in Budapest.