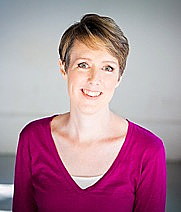 A native of Halifax, Nova Scotia, Frances Farrell pursued her music studies in Winnipeg, graduating with both Bachelor of Music and Bachelor of Education degrees from the University of Manitoba. She subsequently earned a Master’s Degree and Artist’s Diploma in Vocal Performance from McGill University. Frances graduated with her Doctorate of Musical Arts in Choral Conducting from the University of Toronto. Currently, Fran is based in Halifax where she directs a community choir called the Dartmouth Choral Society as well as two senior high choirs as part of the Halifax Regional Arts Program. In addition to her role as a high school music educator, Fran has worked as a choral clinician in Nova Scotia, New Brunswick, Ontario, Manitoba, and Alberta.

Lullaby to an Ancient River

Winner of Chor Leoni’s inaugural C4 composition competition in 2017, this a cappella suite for men’s voices uses secular texts to depict the many shades of winter. This suite can be performed as a group or, alternatively, the last movement can be performed as a standalone work. A highly versatile set of pieces featuring moments of effervescence, humour, and solace, Winter Proverbs will be a welcome addition to your seasonal program.
LOOK & LISTEN