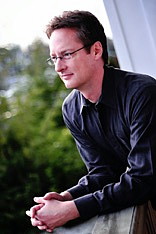 Eldon McBride received his early music training in Saskatoon, Saskatchewan.  He completed an ARCT degree in piano performance in 1982 and a Bachelor of Sacred Music degree at Canadian Bible College in 1986.  After settling in Toronto, he served as a vocal accompanist for the Calbes Voice Studio, Director of Music Ministries at Rexdale Alliance Church, Music Director of the worship-leading choir, Celebration of Praise, and Personal Assistant to Canadian operatic tenor, Ben Heppner.  He performed frequently on national radio and television and in concert with Ben Heppner, Gary Relyea, Mark Dubois and Eleanor Calbes.  In 2008, Eldon relocated to Surrey, BC where he served for eight years as the Associate Worship & Arts Pastor at Peace Portal Alliance Church.  He is currently serving as the Music Director for two community choirs: the Jubilate Vocal Ensemble in Vancouver, and Frontline Voices in Surrey.

SATB with piano  –   CP 1615   – 4:05
Up tempo, great fun and meaningful. The words of a rover – “The grass is always greener on the other side – so I’ll just keep movin’ on”.  Green, Green was a big hit by The New Christy Minstrels, an American folk music group founded by Randy Sparks in 1961. Eldon’s arrangement is true to the original.  Choirs will love it.
chord chart for guitar and bass available upon request – (no charge)