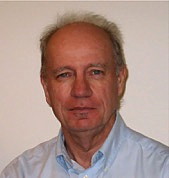 David S. Fawcett composes with equal effectiveness for seasoned professionals and young performers. He earned degrees in Music and Education at the University of Western Ontario and studied singing and opera at McGill University, the University of Toronto, the Banff School and Long Island University. He is an Associate Composer of the Canadian Music Centre. He had a career as a classical tenor, performing as a soloist in oratorio and in choral and orchestral concerts and as a chorister in more than 30 productions with the Canadian Opera Company. He toured Canada with the Tudor Singers, a professional chamber group.

David writes actively for children’s choir and has composed substantial works for adult choir. He began by composing art songs and has continued to write in this form throughout his career. He creates some of his own texts. He also writes chamber works and music for orchestra. A career pedagogue, David first wrote and conducted band and choral pieces for his own school groups. He conducted for 13 seasons the award winning Buchanan Park Opera Club productions and its chorus on stage and in concerts.

SSA with piano  –   CP 1676   – 3:45
Commissioned by one of the fine choirs in the country, David rose to the occasion with exquisite craft.  Inspired by Homer’s Odyssey, David wrote a piece about Penelope’s fidelity to to Odysseus while he was absent, despite having many suitors. The approachable composition floats in triple time over a lovely piano accompaniment.