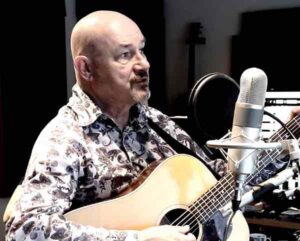 Clary Croft. Folksinger, folklorist, b Sherbrooke, NS, 12 Nov 1950. Croft took folklore, heritage and costume studies at St Mary’s U, University of New Brunswick, and Dalhousie University. An experienced performer on various national CBC radio and television programs, he had his own CBC Maritimes radio series on folklore and folkmusic. He toured Canada and the USA with the folk chorus The Privateers, and for five years performed with The Musical Friends – the house band of CBC’s ‘Sing-a-long-Jubilee,’ of which he was a regular cast member for three years. For twelve seasons he performed and researched regional folk songs and folklore at Nova Scotia’s Sherbrooke Village restoration site. He researched, co-authored, and performed historical material for CBC-TV’s ‘I Won’t be Coming Home’. He has been an actor and singer with Neptune Theatre, and was featured performer in the Mount Saint Vincent University production of The Collector by John Brown, a musical based on the career of Helen Creighton. As contract archivist for the Public Archives of Nova Scotia he was responsible for cataloguing 1986-8 the Creighton Collection. He participated with Creighton in Glen Walton’s film, The Nova Scotia Song, and was a lead soloist in the November 1987 tribute to Creighton presented by Symphony Nova Scotia. Through his public concerts, educational projects and school talks, recordings and regular appearances at events such as the Lunenburg Folk Harbour Festival, Croft devotes his career to a wider public appreciation of Nova Scotia folk material.

Still the Song Lives On

Here is a stately anthem about perseverance and hope that will inspire your listeners.  Your choir will love it too! Give a listen to the Cypress Studio Singers.
I take a lifetime, toss it in the wind
to watch the sorrows falling to the ground.
But the times of gladness float above the breeze so high
to become as many songs as there are stars in the sky.