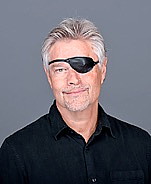 Brad Richmond (b. 1955) has been Director of Choral Activities at Hope College since 1998. He teaches conducting and voice, and directs the Chapel Choir and College Chorus. Prior to this he served as Director of Choirs at Southeastern Louisiana University. His presentation of Bach’s B Minor Mass won the Gambit Classical Arts Award for the best choral performance of 1998 in New Orleans and the surrounding region. During summers from 1995 to 2000 he served as high school choral director at Interlochen School for the Arts. A Canada Council for the Arts Conducting Award winner, Dr. Richmond has toured with choirs throughout the United States, Canada, Austria, France, Italy, England, the Czech Republic, and South Africa. His choral compositions are also published by Santa Barbara Music Publishing, MorningStar Music Publishers, and Mark Foster Music Company.

love is more thicker than forget