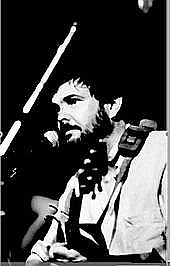 Andy Hillhouse is a singer, songwriter and guitarist with a diverse musical background. He is the founder of the popular Canadian Celtic funk band Mad Pudding, plays guitar and sings with the innovative fiddler Jaime RT, and provided the driving rhythm guitar behind The McDades (whose la CD Bloom, on which he played, has won two Canadian Folk Music Awards and a Juno Award for Best Folk/Traditional Group). Andy was a member of the Juno-nominated vocal collective Musica Intima from 1994 to 2005. Also a well-versed instructor, he currently teaches an acoustic roots ensemble at the University of Toronto, where he is pursuing a PhD.

TTBB with piano or band  –   CP 1058
A beautiful arrangement of a favorite Canadian carol, this can be done with piano or a Celtic band, and parts for penny-whistle (flute), violin, guitar, and bass are available at no charge.