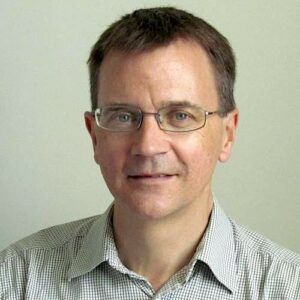 Alastair Boyd was born in England in 1957 but has lived in Canada since the age of 10. He began writing music and winning composition prizes while in high school in Ottawa. He studied composition at the University of Toronto with Derek Holman and Lothar Klein, and at the Guildhall School of Music in London, England with Francis Shaw and Robert Saxton. Alastair was an early member of the Toronto-based new music group Continuum Contemporary Music, remaining with them from 1988 until 2003. His orchestral work Reflexions was chosen as one of the finalists in the 1998 Winnipeg Symphony Canadian Composers Competition, and was performed and broadcast as part of that year’s Winnipeg Symphony New Music Festival. He lives in Toronto, where for 10 years he worked as a music cataloguer for the Faculty of Music Library at the University of Toronto. He has also worked as teacher, arranger, music copyist, and accompanist.

Hymn on the Nativity

A Hymn on the Nativity is an a cappella SATB setting of words by English poet and playwright Ben Jonson. It won the 2020 Debbie Fleming Prize in Choral Composition awarded by the Toronto Mendelssohn Choir. In announcing the winning entry TMC associate conductor Simon Rivard, who led the three-member competition jury, mentioned the work’s “interesting choice of lyrics; richness of the harmony; and a good balance between variety and unity between verses.”