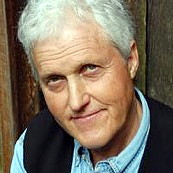 Alan Moberg (b. 1941) is Folk, he is Country, he is Gospel, he is Western Roots.  He paints British Columbia with songs reflecting life on land and sea; he sings of rivers and ocean, of ranching, of farming, of fishing.   Now living on Salt Spring Island, he has made many parts of the province his home.  Inducted into the BC Country Music Hall of Fame in 2008 for his extensive body of original and moving country folksongs, with traditional western themes like bravery, innocence, survival and the cross-cultural friendships we share with First Nations people, his songs celebrate the lives of ordinary men and women, giving them identity & dignity.  www.alanmoberg.com

This Could Be the Day

SATB with piano   –   CP 1122  – duration 3:30
This gospel rock tune for SATB swings from the first bar to a lilting rendition of the biblical passage Matthew 25: 34-36 (when I was hungry you fed me  I was thirsty you gave me water) Ideal for liberal church choir, gospel or community choir.

TTBB with piano    –    CP 1521
Alan Moberg, one of BCs favorite folk song writers, gives us this rollicking musical vision of BCs best known (and wildest) rodeo. Complete with thigh slapping rhythm, catchy melody, and down home lyrics, it regales us with names of many of the Cariboos most famous cow towns. The tunes are simple but effective and Nickels harmonies are appropriately twangy and perfectly suited to a visit to part of the last frontier.